Nowadays, there is 10 billion times more electromagnetic radiation in our environment than in the 1960s; electrosmog became a real threat to all living beings’. 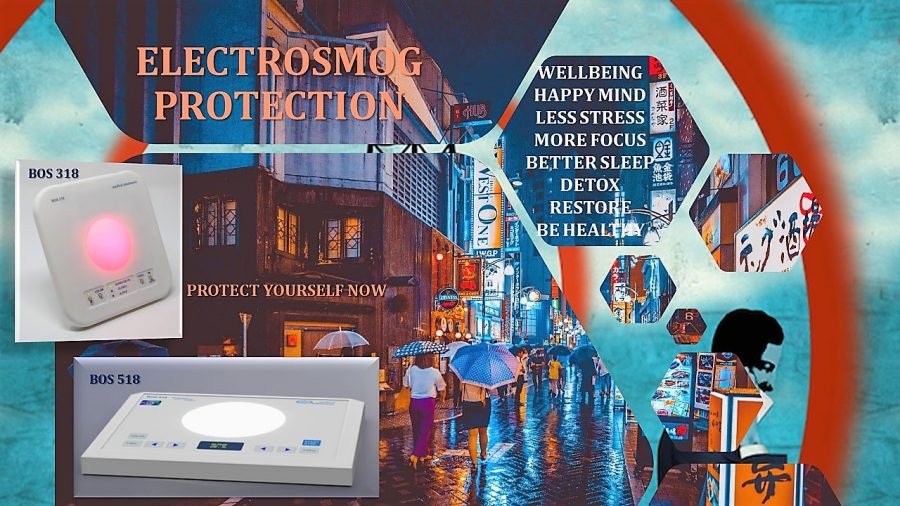 Thousands of studies classified exposure to microwave frequency radiations to a long list of adverse biological effects. In 2011 the World Health Organization (WHO) stated that microwave frequencies are possible 2B carcinogens.

In Environmental Research Journal, you can find the following statement: “Wi-Fi is an important threat to human health” by Martin L. Pall (Washington State University) summarizes 23 studies with the following results:

A British epidemiological study (confirmed by Swedish, Japanese, and Italian findings) shows an association between long-term use of cell phones and acoustic neuromas.

5G promises 100 times faster data transfer at 100 times greater speeds. To achieve this with the proposed microwaves, which do not have a long transmission range and deep penetration capabilities, the technology requires more antennas at shorter distances. It will also require boosters in your home.

With 5G, there will be 200 times more antennas than now; there is no escape!

The industry also uses other tricks to convince lawmakers, such as misrepresenting the new antenna stations’ maximum radiation, as evidenced by internal documents from major antenna suppliers such as Ericsson. As can be seen from these documents, they report the maximum radiation for one beam, but their antennas will use an array with 64 – 250 beams resulting in, e.g., 100 W/beam x 64 = 6400 W.

Right away, abandon your expectations to “shield yourself from electrosmog and microwave radiations” this is impossible, and you may spend hundreds of dollars with those devices, patches, stickers that promise you to “cocoon you in an anti-electrosmog shield.” This is a hoax.

There is a better viable solution: create a beneficial wellness field around you with the unique BOS 318 or BOS 518; YOU CAN COMPENSATE THE FIELD DISTURBANCES; Your brain cannot differentiate between natural and human-made energetic fields like those of the BOS 318. When the fields are identical in frequency and amplitude with the natural fields, they have the same positive effect. Your body and brain feel as if they were in undisturbed nature.

BOS 318 and BOS 518 are unique in their concept, highly efficient in reducing the microwaves harmful effects; the combination of natural light and beneficial brain wave, modulated by solar noise, scalar waves, Schumann frequencies, makes BOS 318 and BOS 518 a viable and realistic solution, easy-to-use, affordable, compact and portable, with no side effects, highest quality.